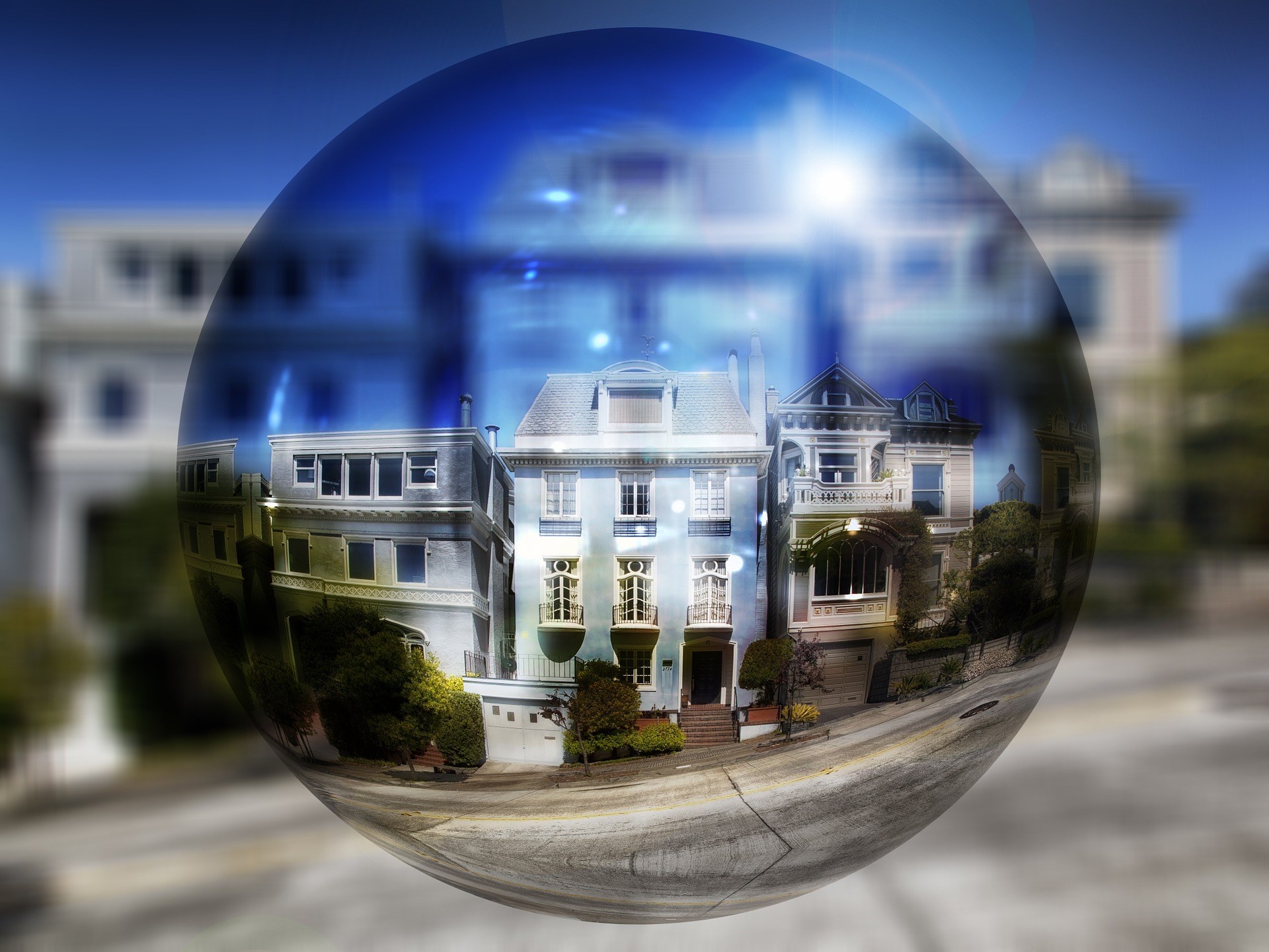 I started a house painting business the month house prices peaked. I had planned on using the profits from painting to fund my film projects, but that was assuming home values weren’t going to fall 30 percent. My timing couldn’t have been worse.

Everything the Federal Reserve did to cause the housing crash was done on a much larger scale, not just in 2008, but in every year since. But while I was experiencing the unwinding of the housing bubble, I stumbled across a free audiobook of Economics in One Lesson by Henry Hazlitt. I was literally painting a house when I heard the words of a man in the 1940s describing our boom and bust perfectly. I immediately knew what documentary I needed to make. To make sure we didn’t fall for the next bubble, I needed to interview people, like Ron Paul, who predicted the crash and ask them why it happened. I needed to find out what would come next.

I drove over 35,000 miles shooting interviews, and their answers were worse than I feared. Everything the Federal Reserve did to cause the housing crash was done on a much larger scale, not just in 2008, but in every year since.

They’re the people who are still in charge. They’re the ones who are fixing the economy when they don’t understand why it broke. In fact, they broke it, and they’re trying to fix it by doing more of what broke it in the first place.

Alan Greenspan bragged about how his billion dollars a day money creation binge led to a boom in housing, but that was dwarfed in the fall of 2008 when Ben Bernanke created $1.3 trillion in just three months and four days. This more than doubled the amount of money in existence, and they weren’t even close to finished. The Fed’s balance sheet has grown another $2.3 trillion since then.

It doesn’t do any good to take money from over here that you either print or borrow or tax and put it over here. Of course, the guys over here love it that you’re doing all that, but it weakens the whole system. This has never worked.

When they create money, it lowers interest rates, telling house-painters and homeowners—and really everyone in the economy—that we are wealthier than we actually are. The price everyone pays to borrow money has been distorted, so people think they can afford a larger house or profit from a riskier business. There is no way a decade of zero percent interest rates could occur without dramatically restructuring the economy.

People were outraged when Congress passed a $700 billion TARP bailout, but behind the scenes, the Federal Reserve was making over $1 trillion in secret loans to banks whether they were based out of the United States or not. The public only found out about these bailouts years later after a lawsuit forced the Federal Reserve to admit what happened.

Quantitative easing is a fancy phrase for what an ordinary civilian might call money printing.

Since they had already pushed interest rates down to zero percent, instead of their arbitrary interest rate announcements, the Fed began announcing massive injections of money that they referred to as “quantitative easing.” Without having to ask Congress or the president, the Federal Reserve would go on to buy up over $2 trillion of mortgage and government debt. The banks could continue taking excessive risks knowing the Fed would keep bailing them out. The government could keep running their huge deficits.

Step 3: Dump Government Debt and Mortgages on the Market

So the trick is to find the appropriate moment when to begin to unwind this policy, and that’s what we’re gonna do.

When the Federal Reserve Chairman said those words, QE was already supposed to have ended. After four more years of claiming he had an exit strategy, Ben Bernanke chose a literal exit and retired. (And by retired, I mean he’s a senior advisor to a hedge fund called Citadel and getting paid hundreds of thousands of dollars when he gives a speech.) Janet Yellen also made it through her four-year term with neither an exit nor a plan. Now Jerome Powell has put his interest rate hikes on hold after the stock market showed just a glimpse of what could be in store for us.

I don’t think they’ll wind it back voluntarily. I think one stimulus package will lead to the next one and to more printing.

After a decade of record low interest rates, we have nothing to show for it. Main Street has more debt. Businesses have more debt. Governments have more debt. We’re in worse shape than we were in the fall of 2008. After all this time, the Federal Reserve has only allowed interest rates to rise a couple of percentage points, still far below historical norms. They have only allowed $500 billion of their mortgage and government debt to mature, a fraction of what they committed to get rid of.

The economy can’t even handle these small shifts toward returning to normalcy. The growth in home prices is slowing. The auto industry is struggling. People are once again realizing we’re not as wealthy as we thought we were. At this point in the boom cycle, the deficit should be small or even a surplus like during the dot com bubble, but instead, we already have the largest monthly deficit in history.

They have nowhere to go from here. There is no exit plan. There is no strategy. Just a bubble that is going to pop.

Jimmy Morrison co-wrote the award-winning documentary The Housing Bubble with Tom Woods, asking those that predicted the crash: why did it happen and what’s next?  Jimmy drove over 35,000 miles shooting interviews with people like Ron Paul, Jim Rogers, Marc Faber, Peter Schiff, Doug Casey, Jim Grant, and David Stockman.  In 2017, Jimmy produced and ran a camera for the mockumentary Rocksteppy, starring Jake Dilley and McManus Woodend, best known for his recurring role as the GEICO caveman.  The film features Jeff Dowd, the Coen Brothers original inspiration for “The Dude,” as well as cameos from Oscar-winning directors David Lynch and Peter Farrelly.  Lynch selected Jimmy and Jake’s music video Aperture for a grant, which also screened at the Minneapolis St. Paul Film Festival.  In 2008, Jimmy started Iowa Patients for Medical Marijuana, successfully lobbying the first Board of Pharmacy in the country to recommend marijuana be rescheduled as medicine, which the bipartisan board supported unanimously.  The organization was selected for a grant from the Marijuana Policy Project.  Jimmy worked for Gary Johnson from 2010-2011.